Please note that this course will be taught in English.

College 1 - What is wrong with Globalization?

The global distribution of wealth is more unequal than ever before; it is estimated the richest 2 percent of adults own about half of the world’s wealth. While globalization has lifted many million poor above the poverty line, most notably in China, the ongoing globalization of economic production and consumption is not sustainable in the long-term. Our ecological footprint is already surpassing the capacity of the global ecosystems to replenish themselves, while scientists see mounting evidence for large-scale transformations of our entire global systems, including potentially dangerous changes to our climate system. This concern is shared today not only among scientists but also among business leaders. In June 2013, Sir Richard Branson, along with other world business leaders, has published a joint declaration acknowledging key global problems like growing inequality, unemployment and the unsustainable use of natural resources, and proposed the so-called “Plan B” to address these shortcomings. This lecture explores the link between globalization and the economic growth paradigm and social and environmental failures that accumulate towards dangerous levels.

A number of alternatives to our current growth-oriented economic paradigm have been suggested, including the green economy, green growth, de-growth and the steady-state economy. Instead of producing ever-increasing amounts of goods and services, a green economy would be focused on producing sufficiency. However, would such an economy be possible and stable? If yes, what are the steps to transforming the current system into the direction of a more sustainable economy? This lecture explores the concept of a steady-state economy, exploring the positions of economists such as Herman Daly and policy-makers from Obama to Merkel.

Consumers are the new voters. Consumers today are not only part of the problem of over-consumption, but they are also part of the solution. Consumers can make important choices to direct our global economy into a more sustainable direction. While the concrete impacts still have to materialize, many new initiatives have emerged in recent years that provide consumers with sustainable choices, from buying organic food products and going on a sustainable holiday to off-setting their daily carbon emissions and lending and borrowing goods and services outside the formal economy. In addition, companies have moved from being laggards to becoming front-runners of a green economy. Unilever, for examples, has announced in 2009 their strategic goal to double the size of the business while reducing its environmental footprint and increasing the positive social impact. This class evaluates these concrete examples and discusses whether they indeed hold the power to transform our current economy. 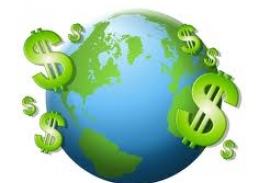