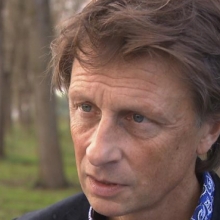 Leo Kwarten was trained as an Arabist and Anthropologist at the University of Leiden. He is an established expert on the Middle East who is frequently approached by radio and television for his views on issues concerning Middle Eastern politics, Arab culture and Islam. Additionally, he is a lecturer with the Clingendael Institute, a think-tank and diplomatic academy based in The Hague acting for the benefit of both government and general public. He established his own company ‘Leo Kwarten Middle East Consultancy’ in 1998 acting as an consultant for international companies and organisations operating in the Middle East. He has visited all countries in the region and frequently travels there.