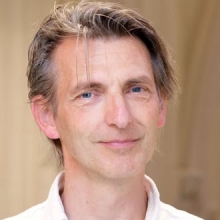 Eric Postma is a professor at the Department Cognitive Science and Artificial Intelligence Cognition at Tilburg University. He received his master of science in 1989 at the University of Nijmegen. His Phd in 1994 at Maastricht University concerned a biologically inspired model of covert attention and it served as an inspiration for his current research, which focusses on the use of machine learning in image recognition and cognitive modelling. He worked as a professor at the Institute for Knowledge and Agent Technology, Maastricht University from 2003-2008.