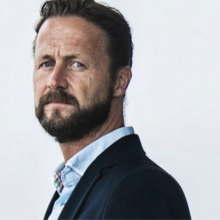 
Jim Stolze is an innovation and technology expert, writer, entrepreneur and advisor. Since 2016 he focuses exclusively on artificial intelligence and works at Amsterdam Science Park together with students and PhD students on smart systems that can be used in business and NGO's. His Executive MBA thesis - which included an experiment in which he secluded himself from the internet for a month - received international attention and earned him a spot at TED Talks. One year later he organized the first TEDx conference in Amsterdam. In 2016 he co-organized Startup Fest Europe, which included guests like Tim Cook (Apple) and Travis Kalanick (Uber). Stolze has written several columns and books, of which Uitverkocht (2011) was nominated as ‘Management book of the year’.