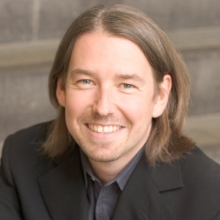 
Christian Keysers is French and German and was born in Belgium. He studied Biology and Psychology in Germany and Boston and made his PhD in St Andrews with David Perrett on the neural basis of facial perception. In 2000, he moved to Parma, Italy to work with Giacomo Rizzolatti on the Mirror Neuron System. He contributed to the discovery of auditory mirror neurons in primates and showed that the idea of mirror neurons also applies to our emotions and sensations using fMRI in humans. He then moved to Groningen, the Netherlands, where he became a full professor for the social brain in 2008. Since 2010, he moved to Amsterdam to become a department head at the Netherlands Institute for Neuroscience, a research institute of the Royal Dutch Academy of Arts and Sciences. He is an associate editor of the journals Social Neuroscience and Social Cognitive and Affective Neuroscience and Philosophical Transactions B. His work has been published in leading journals, including science, neuron, trends in cognitive sciences, nature reviews neuroscience and current biology and has been cited over 5000 times (h=28). He is also member of the Young Academy of Europe, just received an ERC grant, and his book The Empathic Brain received the gold medal for best Science Book in 2012.