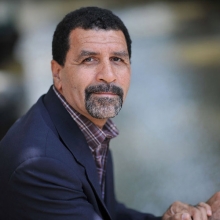 Stephen Small is Associate Professor at the University of California, Berkeley, and NiNsee Extraordinary Professor for the Study of Dutch Slavery and its Legacy, University of Amsterdam. He has taught or held visiting positions at universities in England, France, Brazil and Zimbabwe. He was a guest curator at the Atlantic Slave Trade Gallery (now the International Slavery Museum) that opened in Liverpool, England in 1994. He studies legacies of European slavery in Britain, Netherlands, the United States and Brazil. His most recent book is New Perspectives on Slavery and Colonialism in the Caribbean, (co-edited with Marten Schalkwijk), 2012.